- March 04, 2013
As we discussed in the Last post that one can use his phone number to identify the account in case of forgetting password.
Well this utility can be easily misused to harvest phone numbers. How ??
let me demonstrate:

Step 1. This Page URL:  https://www.facebook.com/login/identify?ctx=recover asks for phone number in order to identify the user. 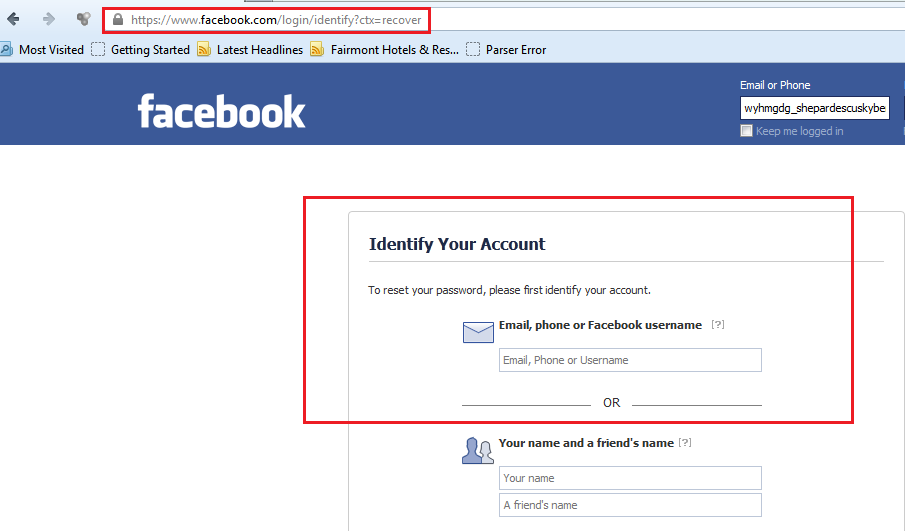 Step 2. I captured the request in Burpsuite and then in to the intruder.  To perform the attack I Buteforced the numbers +91973914XXXX. The last 4 digits were bruteforced. +91 is country code for India. 9739 is the starting 4 digits for Vodafone numbers in Karnataka, India.  Ofcourse intruder makes it easy. 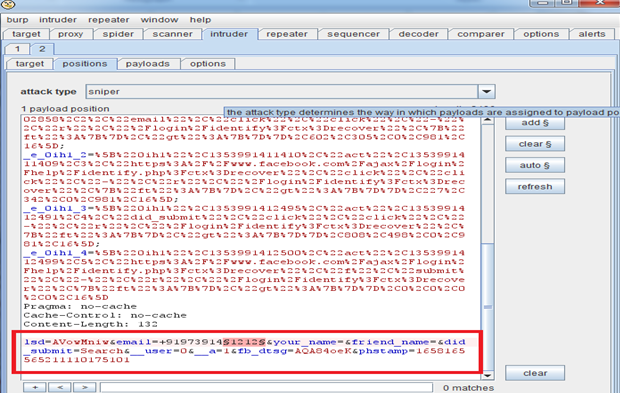 As the result of the attack as screenshot shows there are 10000 attempts to be made.

Step 3. Now have a close look to the content- length of the response. Content length like 7182 and 8044 are valid phone numbers. Content-length 6930 is for the attempts for which the phone numbers doesn’t belong to any facebook user. 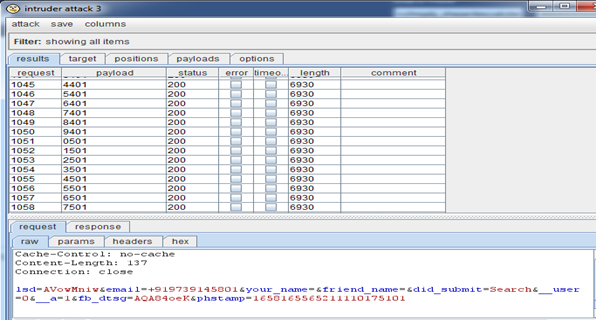 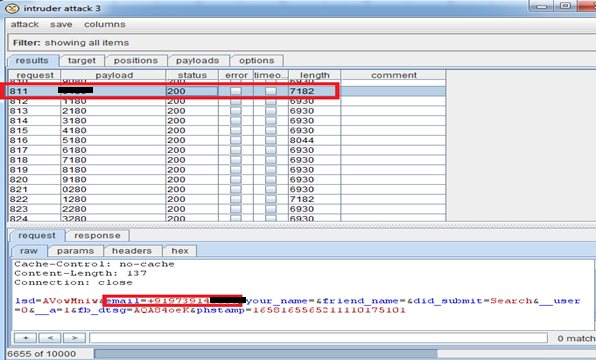 Step 4. I selected one of Response having content-length 7182 and checked for the validity of number. 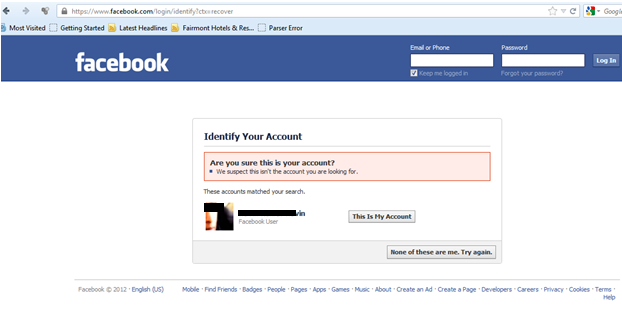 One step further it shows the full number in the page.

Step 6. So all the response of content-length 7182  and 8044 I verified and enumerated many numbers belonging to facebook users from Karnataka,  India using Vodafone as service provider. (I am assuming without number portability :D )

So on a successful attempt the content-length of the response changes makes it other than 6930 and hence confirming the valid attempt :).

You can argue that facebook has captcha implement so how can you bruteforce. The beauty is captcha only appears when the number entered is existing user's number and hence it causes the content-length of the response to act in a particular fashion hence confirming the attempt is a valid attempt.

I reported this to facebook but they didn't find it a SECURITY BUG.

Well according to me we can do the following:

1. Harvest the phone numbers belonging to a particular country/location.
2. Lack of privacy setting(refer to the previous post) allows to get the user's name also.
3. This can be nicely utilized to target individual users and perform social engineering attack.

Well I leave this discussion open that how it can be a SECURITY BUG.

Popular posts from this blog 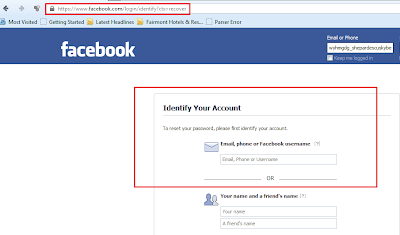 But I have kept my privacy settings to most secure that "Only Friends"(shown in screenshot below) can look to my phone numbers. Isn't this is a privacy breach.

But here is the catch.Facebook is smart and keeps the log of Public IPs you are coming from. If you have logged in from the same Public IP before this privacy settings can be bypassed.And hence threat is li…
Read more

- May 10, 2020
During these lockdown times, when everyone is confined at home, it is a good time for all of us to upgrade our skills. I am a DevSecOps promoter and supported multiple organizations in implementing secure SDLC. I wanted to gain more depth in DevSecOps and was looking a good handon training. That's when I came across this training CDP - Certified DevSecOps Professional (https://www.practical-devsecops.com/certified-devsecops-professional/).

The course is beautifully designed to instill relevant concepts in the learner. The course has taken a practical approach to learning. Material is self-explanatory and the learner can take his own time to go through the videos and documents to learn at its own pace. There is a 30-day lab included which can be extended if required. Lab exercises can be practiced and if anywhere you are stuck trainer Imran (https://twitter.com/secfigo) himself helps you to get through the obstacles.

The challenge was pretty clear.

One of our systems has been infected by a ransomware.The message says My username is your password. Wait for further instructions.

We have been able to identify the JS file used to download the ransomware.

A quick search in virus total revealed that the md5 belongs to a malicious js file called as DSAdaDSDA.js:


Also the challenge says "My username is your password"

After learning more aboutDSAdaDSDA.js I came across this link:

And found the username there in the analysis of this js.

OSINT 2
The challenge said :
Annual audits have flagged an employee who is sharing data outside the company in some secret manner. A quick OSINT revealed his personal email id, i.e. zakripper@mail.com.
Ca…
Read more